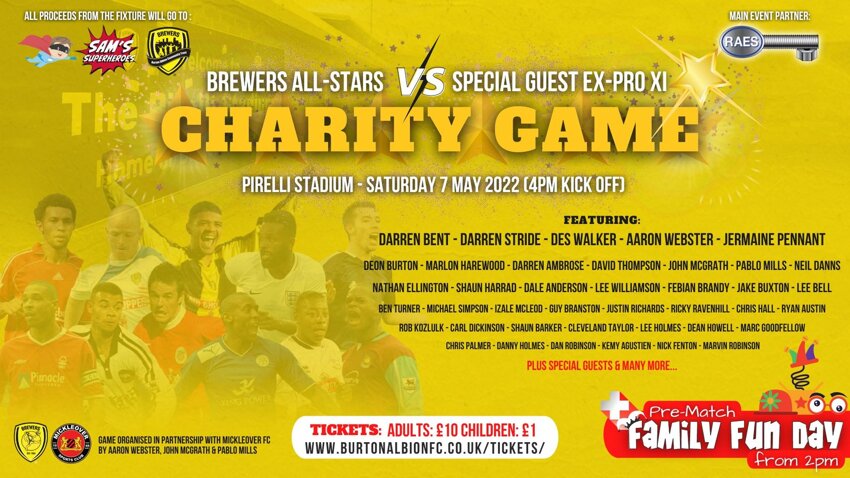 THE Pirelli Stadium is set to host a CHARITY football match on Saturday 7 May, kick off 4pm, made up of former Burton Albion players, ex-professional footballers, and other special guests in order to raise funds for Sam's Superheroes and the fantastic Burton Albion Community Trust. This really is fun for all the family with a FREE* Pre-Match FAMILY FUN DAY included as well!

A FREE* (*only accessible with a match ticket) Pre-Match Family Fun Day will also take place from 2pm on the Burton Albion Community Football Centre 3G Pitch. The day will feature a wide range of children’s activities including:

Sponsorship Packages for the event start at just £200+VAT, and you get:

A massive thank you to Raygar Architectural and Engineering Supplies Ltd who are the main event partner. 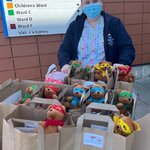 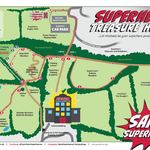 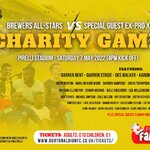